Provide a soundcheck tab to record the system sound and microphone with high quality.

Enable you to edit the recording clips with trimming, applying drawing effects, and more. 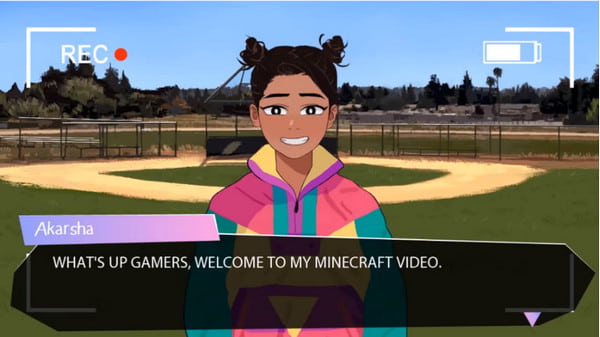 If you are more of a comedy fan, this visual novel game is for you. Butterfly soup is a story of four Asian characters living in Oakland. Diya Akarsha, Noelle, and Min-Seo will join their school's baseball team. All the characters will get special chapters, but mostly, the game will follow the love story between Min and Diya. The visual novel game explores the different teen girls with their crazy but fun life. 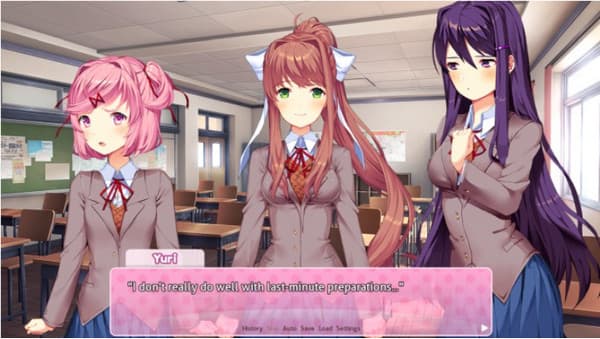 Afar from its cute name, this visual novel game is not suitable for players with weak hearts. Doki Doki Literature Club allows you to be the main protagonist of a harem at school. Your childhood friend invites you to join a literature club where you will meet the rest of the members, who are all girls. Although it looks like a usual dating story, the plot will continue until the members face tragic and disturbing deaths. The game is interesting enough to gain a lot of fans around the world. 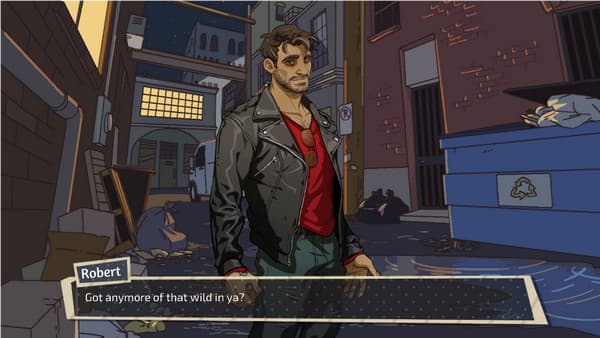 One of the most spectacular visual novel games with dreamy vocals that will surely hook you up playing the game. The best part of Dream Daddy is you create your character with a daughter who both move into a new neighborhood. You will find other dads who are single and not, and you will see their storylines. The dads will take you to different places and present you with different mini-games. The visual novel game is made up of heartwarming and hilarious both at the same time. If you want to play more simulator games, have a try on Sims 4. 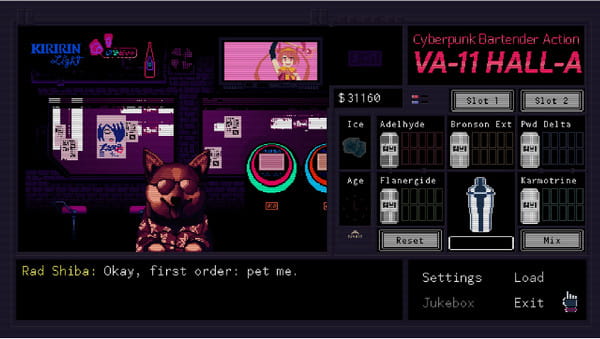 This top vn game has an 80s aesthetic vibe with a cyberpunk future design. It revolves around Jill, a bartender at a dive bar, Valhalla. Jill provides her services to patrons like an assassin, a robot sex worker, and a singer. The bartender’s past catches her up, and regrets the life that is waiting for her. The game is mostly about mixing the drinks correctly and delivering them to the right customers. Your progress depends on how you serve your customers. 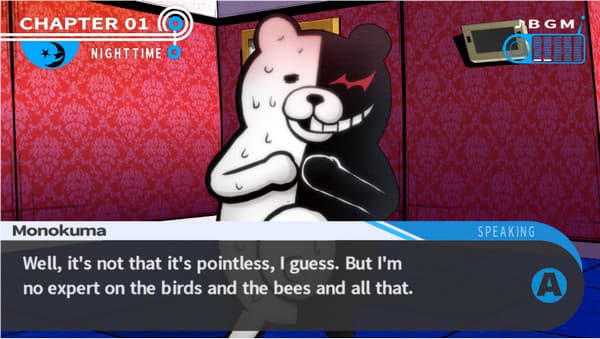 If you want more of a mystery and thrilling visual novel game, Danganronpa is a must-try game. The game tells a story about Makoto Naegi, an average high school boy who won a lottery and enrolled in a popular and elite academy. As the school only accepts Ultimate people, Makoto will discover that they need to kill another student to avoid getting caught by a sadistic robot bear. 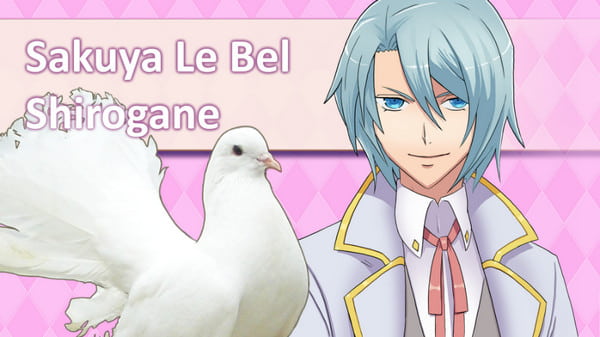 This best visual novel game is called Let’s Date Birds Simulator. The game is set in a world where people are getting killed by bird flu, and the conscious birds are ruling. As the player, you will play as a girl who has the privilege to go to a local high school and meet various birds in the form of humans. The game is good, but you don’t need to take it seriously. However, you may find the game getting weirder like Doki Doki Literature Club.

7. Emily Is Away Too 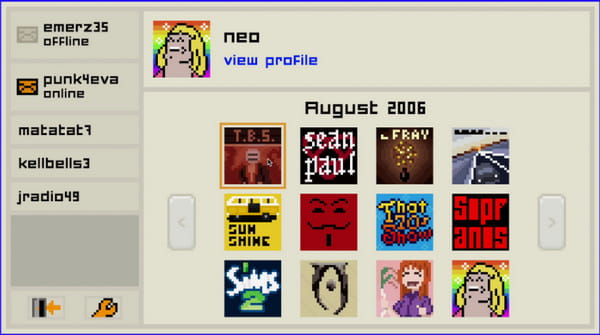 This visual novel game follows a young man's story in his senior high school year. He online chats with two girls from his class, Emily and Evelyn. Through the chat sessions, the girls will open up to you and provide different endings depending on your choices.

8. Umineko (When They Cry) Questions Arc 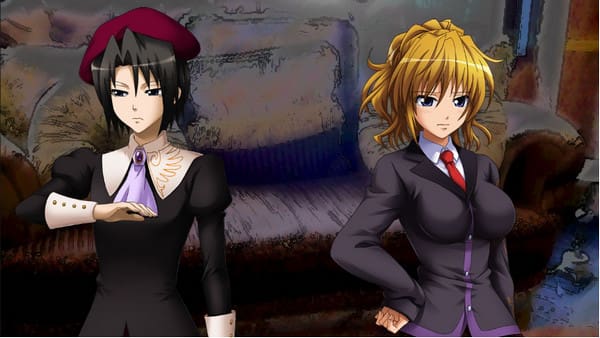 The visual novel game is an excellent way to start playing this kind of genre. Umineko is a superb game where you are the protagonist Battler Ushiromiya. You will reunite with your family as the grandfather is dying. As tension bubbles, a witch appears and threatens the lives of the whole family. The game is a long process, but all worth it.

Another visual novel game sets a cute atmosphere but is brutal. Elodie is a 14-year-old girl and is the main character. She must go home after learning that her mother, the Queen of Nova, died. So, she must learn how to survive as there are characters that are plotting her death. 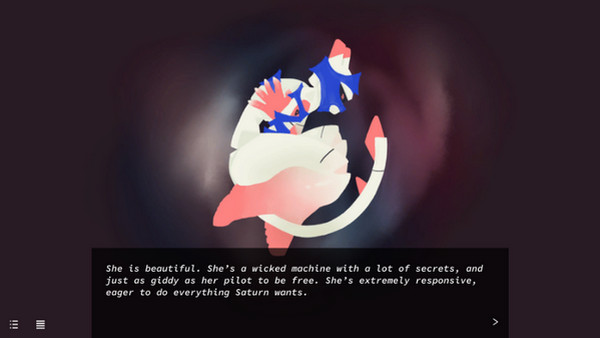 As the whole of Earth starts a war against the Existential Threat, the human race will eventually expand and live into the stars. The visual novel game story goes on as it revolves around the best pilots of the three factions. You will learn about isolationism, queer romance, and mech battles. 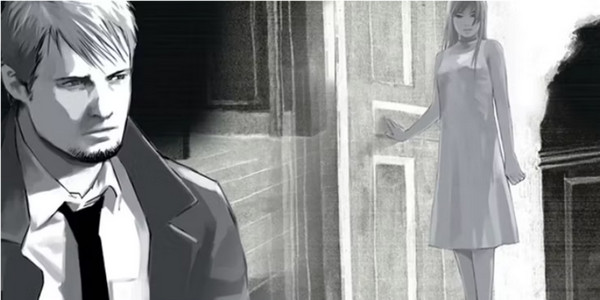 This visual novel game can be played on Nintendo DS. The game is more about solving puzzles on the first screen of the device, while the second screen shows the characters and their biographies. The game follows a former detective who explores the Hotel Dusk in 1979. 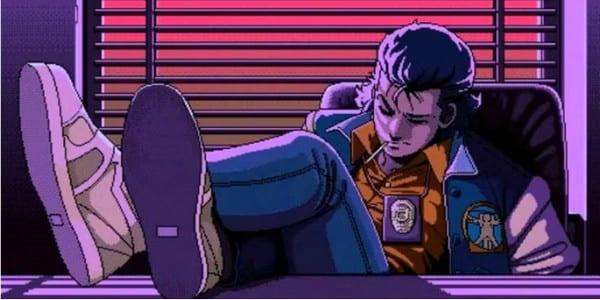 If you love the combination of the mystery and science genres, this visual novel game is for you. The game is point-and-click gameplay where you will play as a detective, a former astronaut, and you will help him investigate a space colony.

While you are happy to play the best visual novel games, you can capture the game’s highlights through AnyRec Screen Recorder. The software has a simple interface but is packed with essential features. You can use its Game Recorder and record the visual novel games with good quality. Other than that, AnyRec Screen Recorder, the best game screen recorder offers an extensive setting to adjust the preferred settings.

Provide a soundcheck tab to record the system sound and microphone with high quality.

Enable you to edit the recording clips with trimming, applying drawing effects, and more.

After knowing the best visual novel games, you can already try them since some games are free. Also, don’t forget to record the best part of the game with AnyRec Screen Recorder. Try the free trial version to record high-quality video clips.