3 Workable Ways to Record Gameplay on Nintendo Switch without Lagging

When you have cleared a switch game or encountered beautiful scenes on The Legend of Zelda, you may want to record Switch gameplay and share the videos with your friends. Although Nintendo Switch provides a default recorder to record on Switch through a simple button, it only supports capturing the screen for 30 seconds. And what is recorded is the scenes from 30 seconds ago to the present, which makes it difficult to decide the starting time. Thus, this article will introduce the best 2 methods to record Switch gameplay without time limits on your computer. Of course, you can also record on Switch without a capture card through the default recorder.

Since the built-in recorder on Nintendo Switch has a time limit of 30 seconds, you should use professional screen recorders to record the whole Switch gameplay with high quality. And at first, you should prepare a capture card and two HDMI-to-USB cables for connecting your Switch to the computer. Then you can follow the next two methods with detailed steps.

1. How to Record Switch Gameplay with High Quality

AnyRec Screen Recorder is a versatile screen recorder for Windows/Mac that supports recording games, capturing video/audio, and taking screenshots. With the built-in game recorder, you can record Switch gameplay with capture card smoothly. There is no maximum time limit. So you can capture the entire gameplay for hours.

Add voiceover, webcam, and annotation on your game recording video. 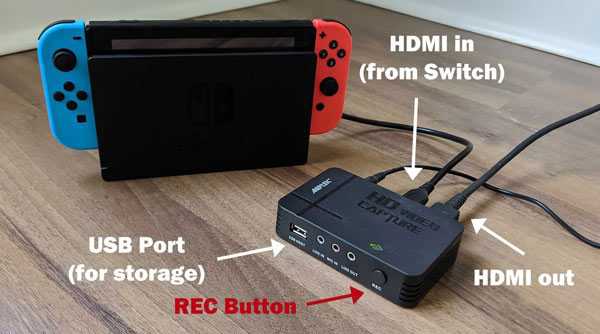 Then you can click the Select Game button to select the Switch game window. And turn on the System Sound button with the desired volume. If you want to record Switch gameplay with your voice, please turn on the Microphone option.

Step 3Click the Record Setting button. Later, click the Output option. Here you can change the output video format, frame rate, and quality according to your need. The recommended setting is 60 fps to keep high quality. Then go back to the main interface and click the REC button to start recording Nintendo Switch game video. 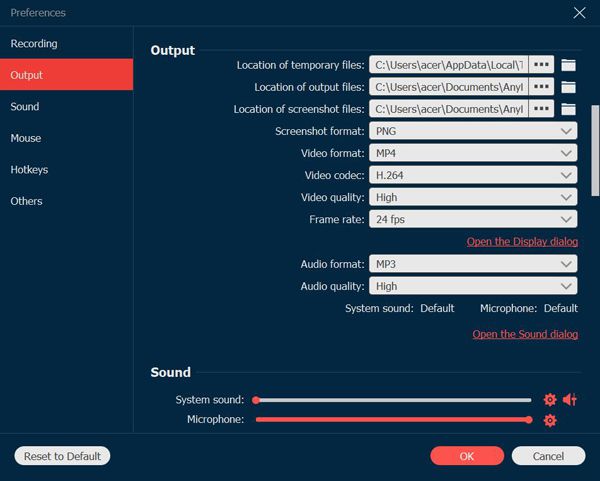 Step 4When you want to stop the recording, you can click the Stop button. If you want to delete unwanted clips, you can use the video trimmer. If you have updated to AnyRec Screen Recorder 1.0.30 or higher, you can get much more editing tools, such as video cutter, advanced trimmer, video compressor, file merger, and more. At last, click the Save button to choose the storage path. 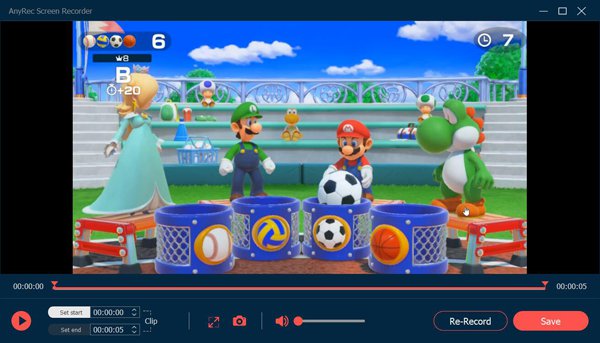 2. Record Switch Gameplay to MP4 and WMV Online for Free

If you don't want to download any software, you can rely on AnyRec Free Online Screen Recorder. It's easy to use for everyone. You can record Switch gameplay more than 30 seconds online too. Compared with the desktop version, there are not many advanced recording and editing tools. Also, don't forget to use a capture card to play Switch games on desktop.

Step 1After connecting your Switch to the computer, you should go to the website of AnyRec Free Online Screen Recorder. Click the Record for Free button to install the launcher. Then click it again to open the screen recorder. 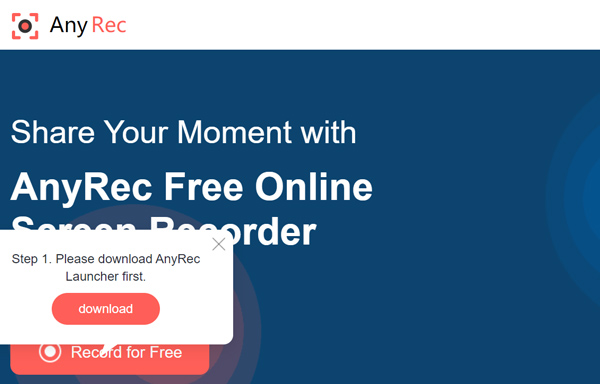 Step 2Set the recording area of the full screen, and then turn on the System Sound button. You can also turn on the Microphone and Webcam according to your need. 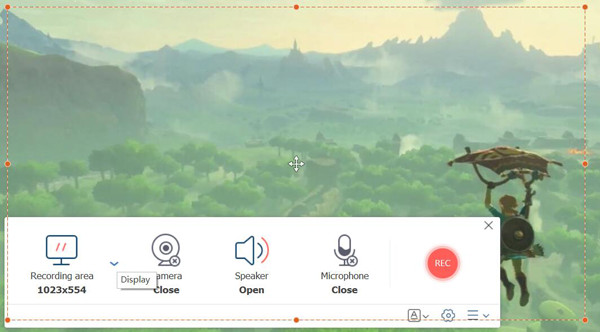 Step 3Click the Settings button to adjust the output settings to keep high quality. Then click the REC button on the main interface to start recording Switch gameplay. 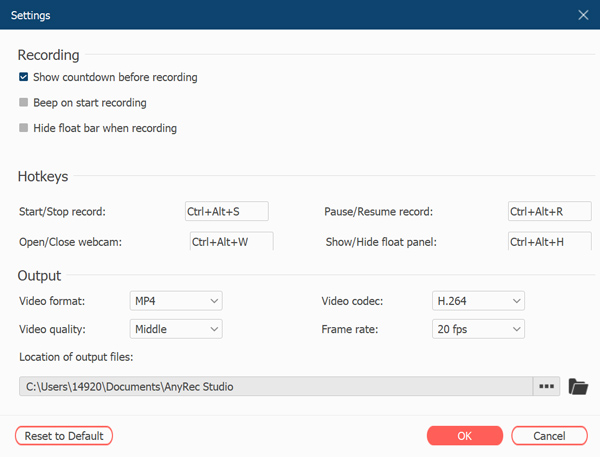 Step 4At last, click the Stop button to stop recording, and the recordings will be saved on your computer automatically. 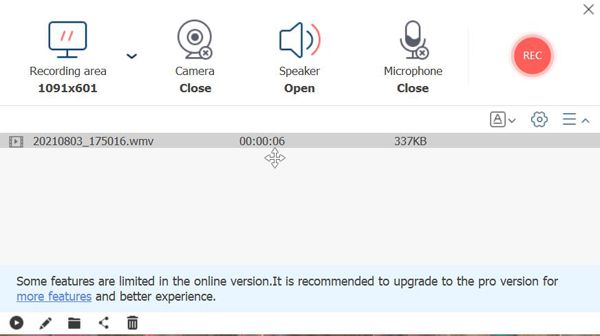 You can also learn how to use the default recorder to record Nintendo Switch gameplay, such as two player games, and more. Although it has a time limit, it's convenient for quick and easy recording. Here you can record up to 30 seconds of Switch gameplay with 1280 x 720 resolution.

Step 1The capture button is at the bottom of the right gamepad. By long pressing the Capture button, you can record a 30-second video on the Switch screen of the past. Then a message of “Saving at the upper left side” will pop up.

Step 2Then go back to the main interface of Switch, and choose the Album button to see the recordings. You can directly share them on Facebook or Twitter. 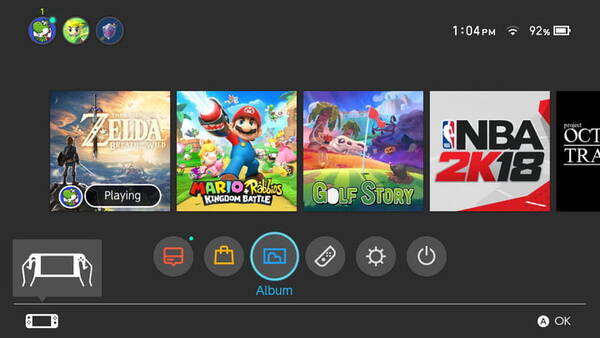 After reading this article, you have learned the detailed steps to record on Switch with the default recorder. And in order to record the Switch gameplay without a time limit, you need to connect your Switch to the computer and record it on your computer through the professional screen recorder software.