When you need to share the proudest moment in playing a game, what are the best game screen recorders on computers and smartphones? You should find the built-in recording or replay features within some game applications. But there are some limitations, especially when you have to record a large video in high quality, add video commentary, and more. Just learn more about the excellent features of the 16 best video game screen recorders and choose the desired one accordingly.

AnyRec Screen Recorder is an all-in-one game screen recorder for Windows and Mac to capture gameplay videos from computers and smartphones. It provides the Game mode to capture the gameplay videos in the background. It enables you to capture the screen video, system audio, microphone voice, and webcam footage. Moreover, you can also tweak the video codec, frame rate, audio codec, and more other settings.

Capture the game screen video from Windows, Mac, Android, and iOS in the game mode

Add commentary to the game recording, including microphone voice and webcam footage

Edit the gameplay videos, trim the desired part, rename and files and share them with others

How to record gameplay in AnyRec Screen Recorder

Step 1After installing AnyRec Screen Recorder, launch it and click the Game Recorder button. Click the down arrow to choose the game window. Make sure that the game you want to record is already open so that the program can detect the window.

Step 2Enable the System Sound option and the Microphone option to record the audio files for gameplay videos. Moreover, you can also tweak the audio volume, remove the audio noise, and enhance the audio quality while recording gameplay commentary. 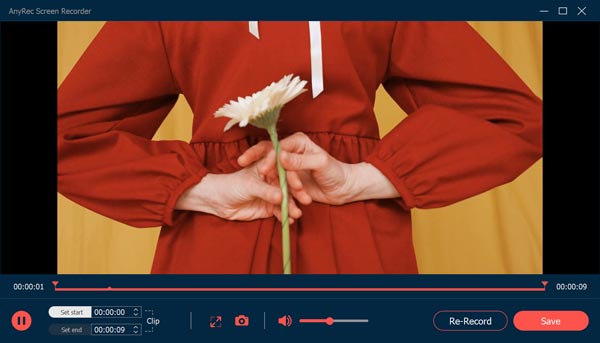 Entitled as one of the best video game recording software, OBS Studio provides advanced features to capture and mix real-time video and audio. It is an open-source screen recorder, which works well with a live stream on a social network such as Twitch. By the way, there is also a OBS Studio for Mac version for macOS 10.13 and later users.

Pros
Support many operating systems such as Linux, Windows, and Mac
Mostly supports live streaming platforms such as YouTube and Twitch
Set up an unlimited number of scenes with multiple custom transitions 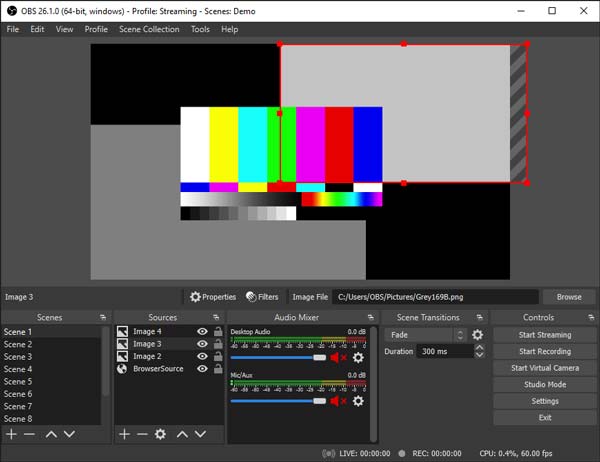 Camtasia is another advanced game screen recorder to take gameplay recording to another level. Besides the recording features, the program also provides some comprehensive video editing filters. You can add video effects, transitions, text, and many more.

Cons
Expensive for its pro version
30 days free trial with watermark in every recording. 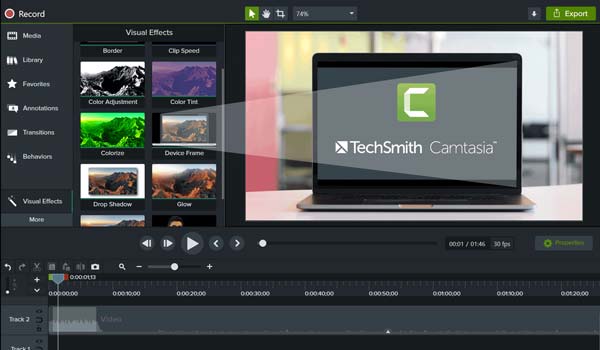 When you need to choose a game screen recorder with an easy interface for free, Icecream Screen Recorder enables you to easily record and edit your recorded file. With its distinctive features, you can choose the desired area and save the video file in various formats.

Pros
Provide a simple and easy interface to record and edit the recordings.
Record live webinars and streaming videos without any restriction.
Quickly select a recording area using the recently used recording mode.

Cons
There are some minor issues to capturing videos with 4K-resolution.
Has limited time to record unless you purchase the full version. 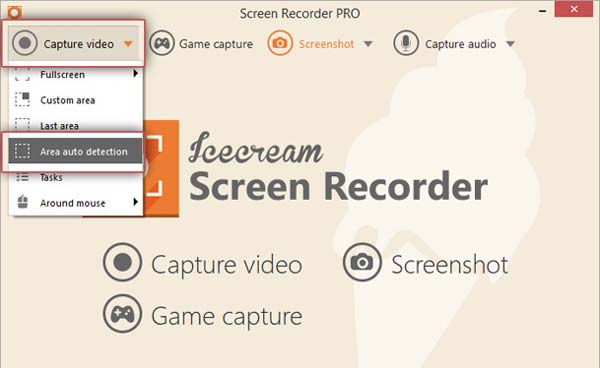 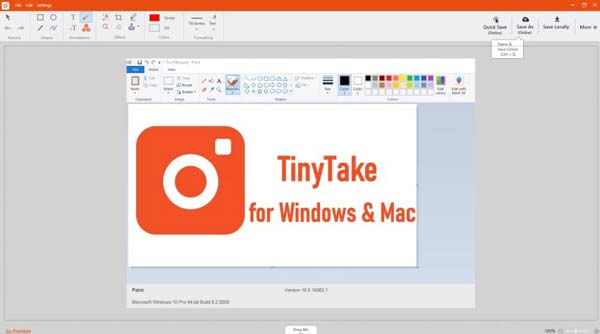 Straightforward with its navigation, Free Cam does not give you any troublesome navigation. It helps gamers to easily screencast their games and shares them with other gamers. It is a free game screen recorder for Windows without a watermark or advertisement.

Pros
Complete free screen recorder without any limitation.
Provide tool that can remove unwanted noise on your video.
Record the videos without limit in recording or watermark.

Cons
The recording can only be saved in the WMV format.
No Webcam recording is available. 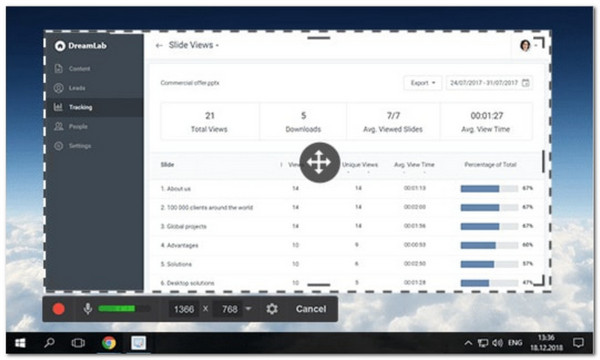 QuickTime is the default game screen recorder for your Mac. You can edit and record anything displayed on your MacBook. It allows you to make a slideshow for videos and audio. There are some advanced features to capture screen videos from the mirrored iPhone.

Pros
Record onscreen activities on your Mac and save your video to HD quality.
Enable to capture the video contents from iPhone and other iOS devices.
It is the default game screen recorder for Mac without extra downloading.

Cons
Provide limited editing features and annotations for the recording.
Only has the basic recording features without scheduling. 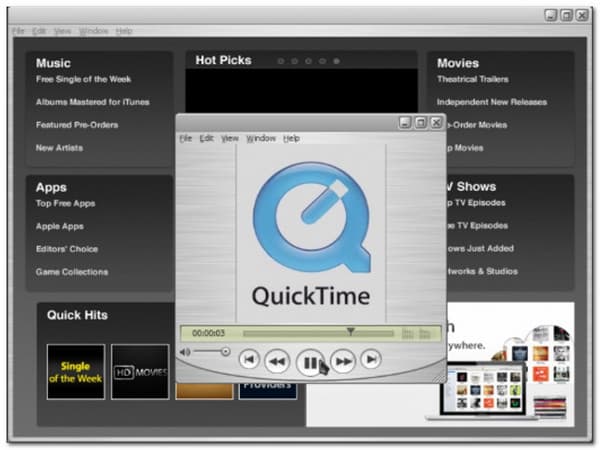 Bandicam is a perfect video game screen recorder to capture gameplays and desktop videos. It is a screencast tool that is capable of recording your screen in high quality, which enables you to play your soundtrack and fully capture the audio while recording.

Pros
Provide the gameplay recording up to 3.9 GB is the maximum file size.
Capable of recording a smaller size without affecting the quality of the video.
Compatible well with YouTube, filmmaker, and other social media sites.

Cons
Record the gameplay video up to 10 minutes only.
There are watermarks for recordings on the free version. 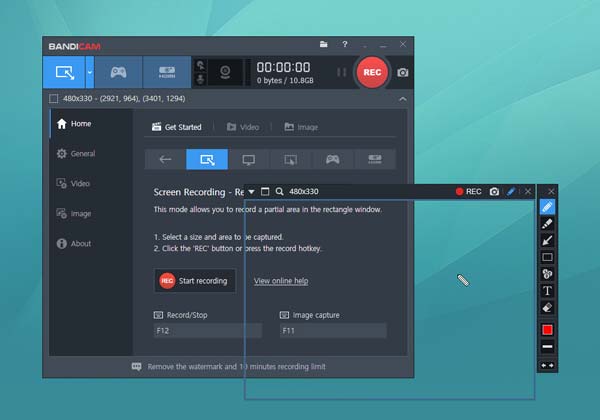 Pros
Supports maximum resolution of 7680x4800 for saving gameplay videos.
Customize video capture hotkeys different from the ones for your game.
Perform custom benchmarks and measure the frame rate between any two points.

Cons
There are lots of bugs since the software has not been updated for a long time.
Large video size that large lots of resources when recording gameplay files. 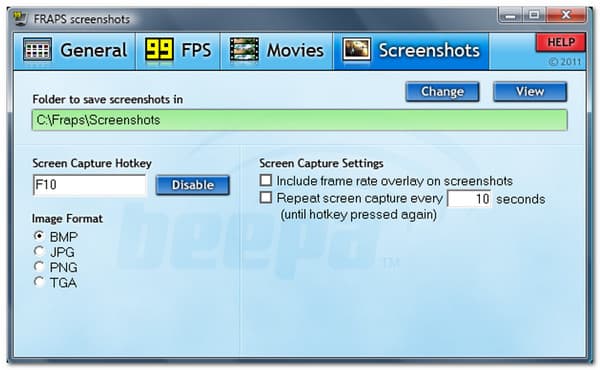 VLC Media Player is more than a free video player. The free game screen recorder also enables you to capture gameplay video with VLC on Windows and Mac. It supports various formats including AAC, MP3, WMA, MP4, and more for when you play your audio and video.

Pros
Provide gaming recording, video playing, and more other tasks.
A simple interface that even newbies can record gameplay videos.
Capture the online gameplay videos within the program from an URL.

Cons
Do not have a built-in video editor to polish the recordings.
Do not support capturing the full screen. 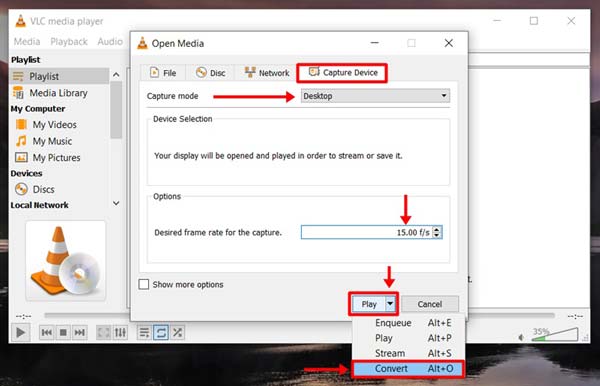 AnyRec Free Screen Recorder is a free game screen recorder for PC and Mac, which does not require a complicated setup and has no time limit. There are features to improve the screen recording, customize the screen capture area, and more others.

Pros
Capture the gameplay videos and adjustable screen recording range.
Provide a set of editing and annotations to draw while recording.
Capture the internal/external audio sources and webcam footage.

Cons
Upgrade the Pro version to the game mode and schedule features. 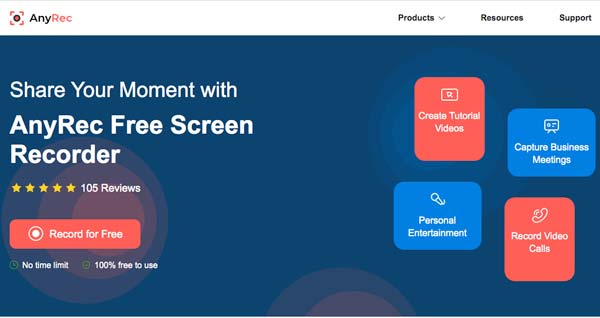 ScreenApp Online Screen Recorder is another free and simple game screen recorder that doesn't require registration to use its features. It has easy navigation to set up your recording preferences. With a few clicks, you can record your gameplay as your requirement.

Pros
Screen-capture game videos online without installing software extensions.
Does not lose the previous recording unless you click the New Recording button.
Provide multiple and easy options to record screen video and audio.

Cons
Provide limited time of 15 minutes and 1 hour if you create an account.
Crash issues when you install the extension of Chrome/Opera/Safari. 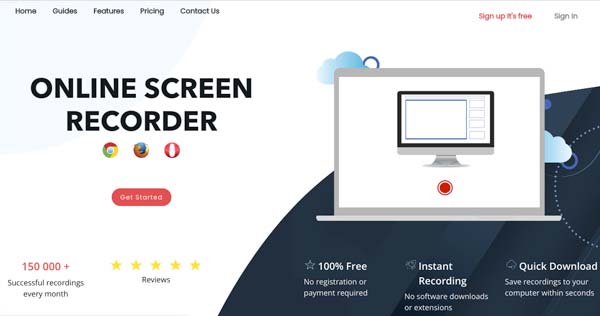 AZ Screen Recorder enables you to record and save your video without a watermark. It is one of the best and popular game screen recorders for Android. There are some advanced features such as cropping, transition, removing the duplicate frame, and more others.

Cons
Take too much time for rendering the video editing and rendering features.
It does not work well with low end devices or large gameplay files.

With the outstanding video editing tools of the video game screen recorder application, you can enhance and improve your content. Screen recording with Super Screen Recorder has no time limitation so you can record lengthy gameplay within a few clicks.

Pros
Enable you to stop the recording process by shaking your Android phone.
Has a floating window to stop, pause, or resume your screen recording.

Cons
Issues may encounter during the recording including lags and crashes. 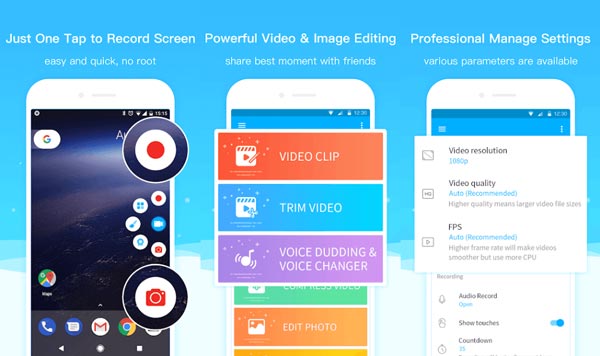 iOS Screen Recorder is a default game screen recorder for iPhones (iPhone 13/12/11/X...) and iPads. Its functionality includes an option to turn the microphone for audio while screen recording. It also records in high quality both for video and audio.

Pros
It is the built-in game screen recorder to capture iOS screen video.
Capture the microphone and screen video with the original quality.

Cons
Quality may get low if you have a lot of recorded videos in storage.
Cannot capture all the gameplay videos due to the restrictions. 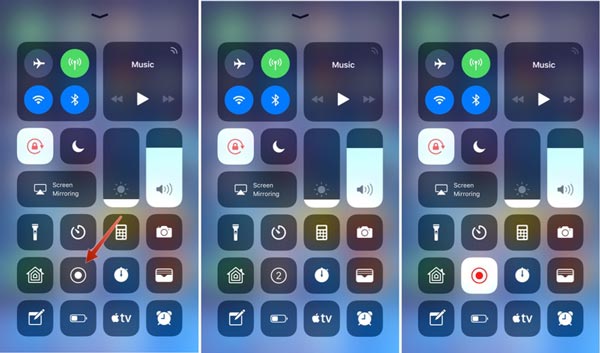 The game screen recorder is the best thing for serving with high quality and this reason is enough for professionals to use it when recording gameplay. Airshou was created and developed by Shou TV works amazingly well on iOS 13.

Pros
Enable you to add stereo to make your content more professional.
Support most of the iOS models, including the IPA files for Windows/Mac.

Cons
Capture too much background noise for recording gameplay videos. 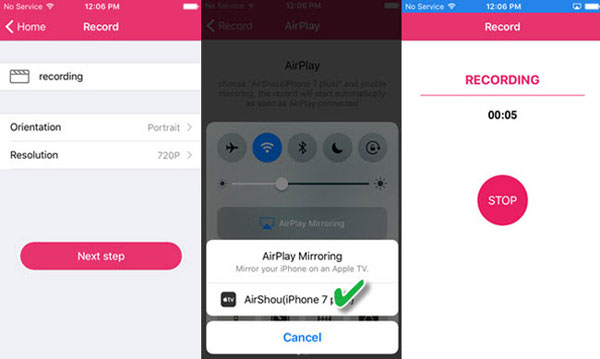