How to Screen Record on Windows 10 with Windows Media Player

Part 1: How to Record on Windows 10 with Windows Media Player

Step 1Install Windows Media Encoder add-on for Windows Media Player and launch the program. Click the New Session button under the File menu to choose the Capture audio or Video icon from the Wizards menu. 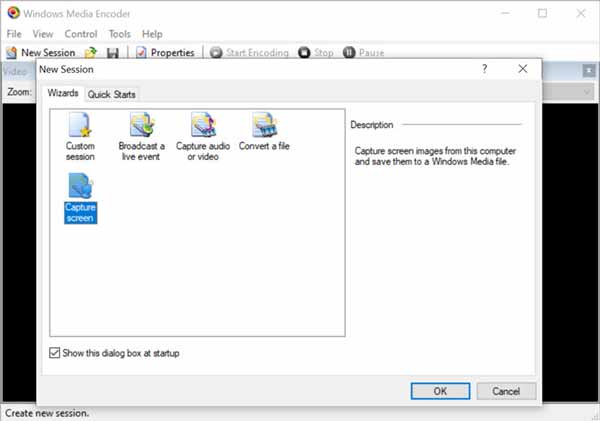 Step 2Select the Region of the screen option to customize the recording area. When you want to record a video with audio files, you should check the Capture audio from the default audio device option.

Step 3After that, you can click the Browse button to choose the destination folder for the recordings on the computer. Select the High option to encode media files at the highest quality with a large size. (Check to see how to reduce video file size.) 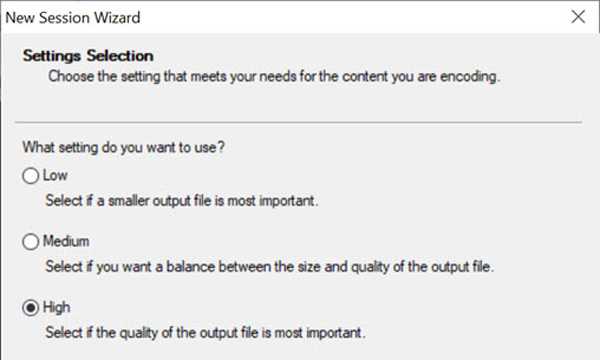 Step 4Click the Start Encoding button or even check the Begin capturing screens when I click Finish option to screen record on Windows 10. Once you have captured the desired files, you can preview them in WMV. 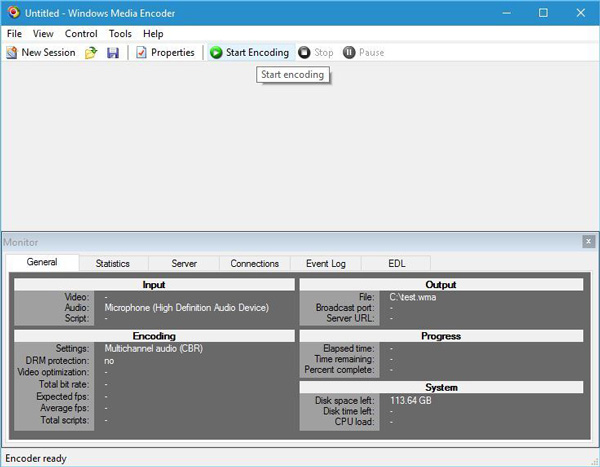 Part 2: How to Record on Windows 10 via Xbox Game Bar

If you just need to record on Windows 10 without an extra add-on, you can use the default Xbox Game Bar to capture onscreen activities. But there are some limitations, such as lacking the full-screen mode, cannot record more than 4 hours, and frequent breakdown.

Step 1Press both the Windows logo and the G key to launch the Game Bar control on your computer with Windows 10. Click on the Microphone button to enable external audio recording.

Step 2Click on the Record button to start recording on Windows 10. When you need to record a video with audio files, you can switch your external microphone on and off.

Step 3When you are done, you can click on the Stop button to save the recording. After that, you can go to the This PC menu and choose the Captures folder from the Videos folder to get the files. 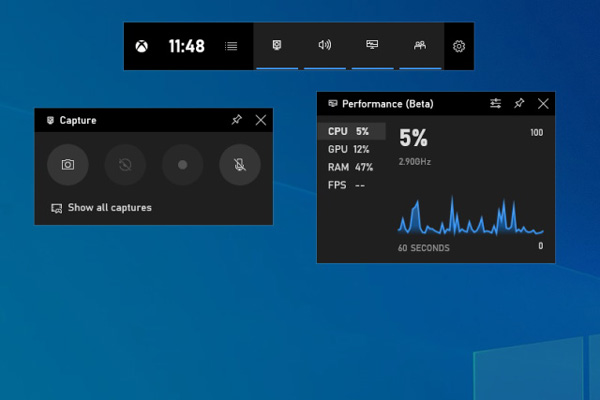 Part 3: The Best Method to Screen Record on Windows 10

When you need to capture all onscreen activities, AnyRec Screen Recorder is a versatile screen recorder on Windows and Mac. It has 7 different modes to capture video and audio files from computer and the connected devices. You can schedule the recording, tweak the audio/video formats, set up the hotkeys, and edit the recordings.

Add annotations, shapes, callouts, arrows, lines, and even draw on the file.

Edit the recordings, trim the videos, and share them on social media sites.

Step 1Once you have installed the screen recorder, you can launch the program on your computer and choose the desired recording mode, such as the Video Recorder menu. It enables you to record the movies on Windows Media Player.

Step 2Click the Custom icon to choose the recording area, enable the System Sound option to record the internal audio, and turn on the Webcam option to add the webcam footage. After that, you can click the REC button to start recording on Windows 10.

Step 3During the recording process, you can add annotations, take some snapshots (screenshot on Windows 11), adjust the audio volume, or even switch to different audio resources. Once you have captured the desired file, you can click the Stop button to save the recording.

Step 4Preview the recording within the built-in media player. After that, you can trim the desired part with the start point and the endpoint. When you save the file, you can share the file on social media websites or manage the files within your computer.

Part 4: FAQs about Recording Video and Audio on Windows 10

Here are the 3 most frequently used methods to record on Windows 10. When you need to record screen videos with Windows Media Player, you have to install Windows Media Encoder beforehand. Of course, you can choose Xbox Game Bar as the free alternative or AnyRec Screen Recorder as the all-in-one solution.