Part 1: How to Screenshot on iPad with Power and Home Buttons

This is the typical iPad screenshot shortcut on all iPad models. You can hold and press the Home and Power buttons to take a snapchat on iPad. If there is no Home button, you can press Power and Volume Up buttons to screenshot on iPad instead.

Step 1Hold and press Power and Home buttons at the same time. (Top and Volume Up buttons are the iPad Pro screenshot shortcut you can refer.)

Step 2The screen flashes when it captures a new iPad screenshot.

Step 3Go to Photo gallery to access all iPad screenshots. 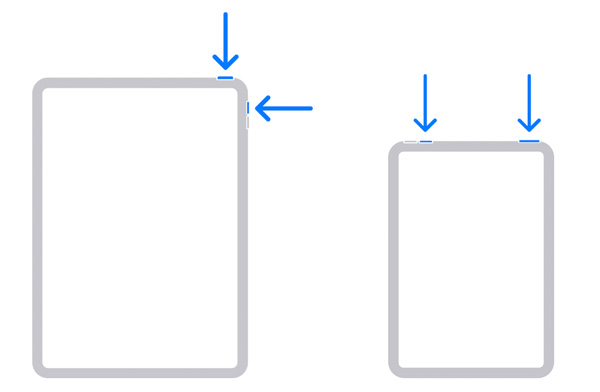 Part 2: How to Use Apple Pencil Screenshot Shortcut on iPad

Step 1Put your Apple Pencil in the bottom left/right corner of the iPad screen.

Step 2Swipe it up at a diagonal.

Step 3You can hear a camera flash and see white animation while taking an iPad screenshot.

Step 4Edit or save your iPad screenshot with the Markup app. 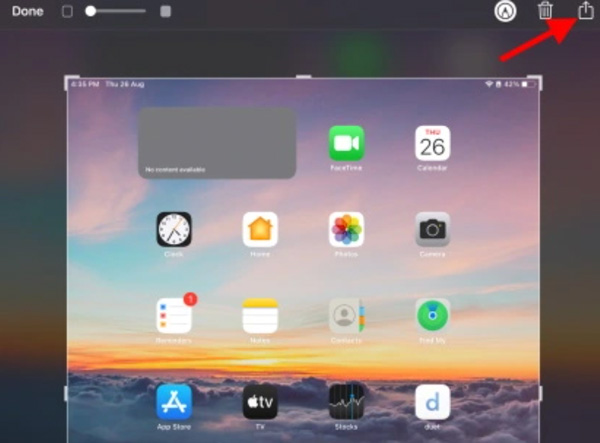 Part 3: How to Take a Screenshot on iPad without Assistive Touch

Step 2Find and tap the AssistiveTouch option. Tap Device, More, and then Screenshot. (For latest iPad users, you can tap Screenshot directly.)

Step 3After the screen flash and shutter noise, you can get an iPad screenshot.

Step 4Go the Photos app to get your recently captured screenshots on iPad. 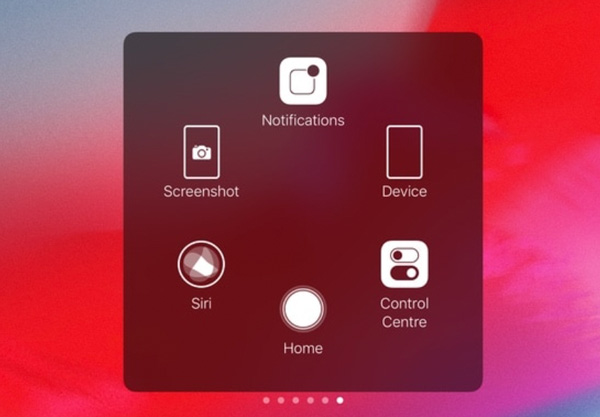 When you have a keyboard attached to your iPad Pro, whether you have a Bluetooth keyboard, iPad keyboard case, Apple Smart Keyboard, or any external keyboard accessory for as long as you will not have any difficulties with doing the action.

There are two methods to take a screenshot. The first method is for the normal screenshot while the second method is opening the screenshot on Markup. Just learn more details about the iPad screenshot shortcuts.

Method 1: Press the Command + Shift + 3 keys simultaneously with the keyboard to take a screenshot of whatever is displayed on your iPad screen. It is the default iPad screenshot shortcut to capture the current iPad screen via keyboard and will automatically save to the Camera Roll on your iPad. 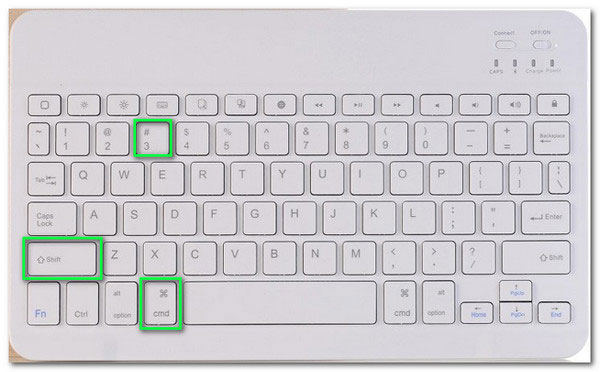 Method 2: Press the Command + Shift + 4 keys at the same time will take a screenshot on your iPad screen. The iPad screenshot shortcut will open the Markup Image Editor. It should be a convenient method when you want to edit the screenshot. Moreover, the image editor enables you to use a marker, highlighter, eraser, pencil, or Magic Rope.

Moreover, there are various colors such as black, white, yellow, red, blue, and green for writing. You can also crop your screenshot, add a text for a funny pun, zoom in with Markup’s Magnifier (able to add or lessen the amount of zoom). Finally, you can also add a signature for the final touch. 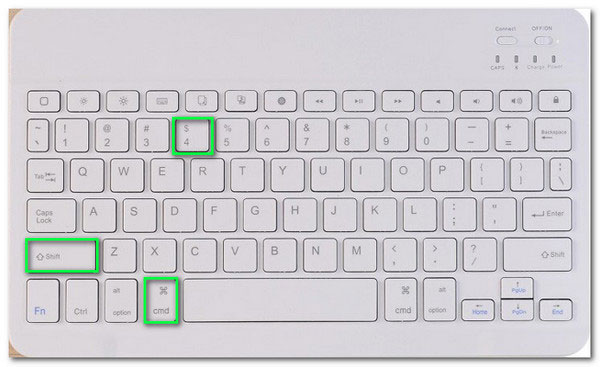 Step 1Open the Settings app and tap the Accessibility option.

Step 3When you turn on the option, you can customize the iPad keyboard shortcuts.

Step 4Choose a command and press it to a custom key combination.

Part 6: How to Find Screenshot on Your iPad Pro

Step 1Open the Photos app on your iPad Pro.

Step 2Tap the Albums button on the lower right bottom of the screen.

Step 3 Choose the Screenshots and look for the screenshot you took. If it is the recent screenshot, you will see it as the first photo.

You can always see your screenshots in Photos and Camera Roll. However, it will take your time looking for the screenshots (all photos from different resources are shuffled).

When you need to capture gameplay screenshots or take a snapshot for an important meeting, it should be difficult to use the iPad screenshot shortcuts. AnyRec Screen Recorder is one of the best snipping tools to take snapshots on computers and mirrored smartphones. It enables you to customize the desired area, add annotations, and save to the desired format with one click when iPad screenshot shortcuts do not work.

2. Rotate and flip the iPad/iPhone content before snipping, especially for gameplay.

3. Adjust the resolution to capture the screenshots for iPad up to 4K-resolution.

Step 1Connect the iPad Pro with your computer with the same Wi-Fi environment. Once you have installed AnyRec Screen Recorder, you can launch the program on your computer and click the Phone mode on the left menu. Click the iOS Recorder button to capture iPad screenshots without shortcuts.

Step 2Go to your iPad and swipe down from the top to open the Control Center. Tap the Screen Mirroring option to open the AnyRec Screen Recorder from the drop-down list. It will mirror the iPad content to your computer. You can tweak the output resolution, position, and more other settings. 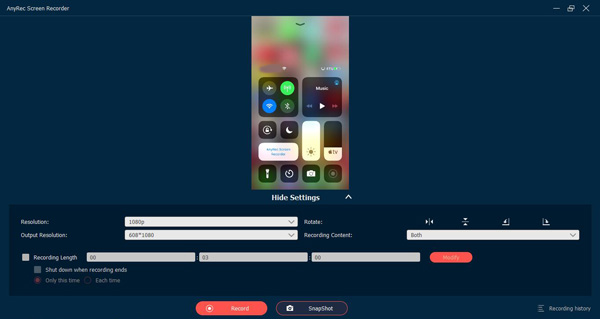 Step 3You can click the Hide Settings and use the full screen mode to take snapshots. You only need to click the Snapshot button at the bottom to take iPad snapshots without iPad screenshot shortcuts. It should be a convenient method when you need to record gameplay videos on your iPad.

Step 4When you get the desired snapshots, you can click the Recording history option to play the snapshots. Moreover, you can also rename the screenshots, save them to another folder on your computer, screenshot part of the screen, share the files to social media account, or delete the pictures directly within the program. 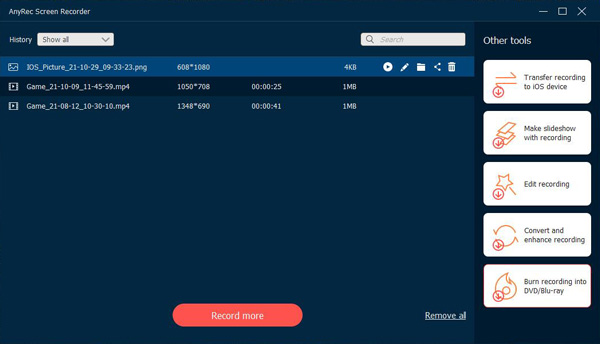 The article elaborates the iPad screenshot shortcuts, which is dedicated to taking a screenshot. Well, it is typically in the function row as the F4 key. But more so, taking screenshots has been simpler from the moment you learned the keyboard shortcuts Command + Shift + 3 and Command + Shift + 4. These shortcuts will help your work to be a little bit easier and sending it will not much take of your time. You can share it with a friend who is new to the iPad Pro or share your learning with your social media accounts. When you cannot use the iPad screenshot shortcuts or the iPhone won’t record videos, AnyRec Screen Recorder should be the desired choice.