Why I cannot record Internal audio on my MacBook? To protect the copyright, such as the music and audiobook files on Mac, Apple does not have a built-in audio driver to capture internal audio. It is the reason that QuickTime only records the files from external devices, such as the microphone, but not the internal ones. Whether you need to capture streaming files on Mac, or microphone voice from an online meeting, here are 3 workable methods to record audio files on Mac you should know.

Part 1: The All-in-One Method to Record Audio on Mac Part 2: How to Record Internal Audio with Soundflower+QuickTime Part 3: How to Capture Audio Files from Microphone via Voice Memo Part 4: FAQs about How to Record an Audio File on Mac

Part 1: The All-in-One Method to Record Audio on Mac

Whether you need to capture Internal audio, or the microphone voice on Mac, AnyRec Screen Recorder is the all-in-one audio recorder for Mac. It not only provides a free virtual audio drive to capture the audio file but also enhances the audio quality and removes the audio noise automatically. Moreover, you can also tweak the different parameters for recording audio on Mac, such as the audio format, bitrate, and more others.

Tweak the different parameters for the audio formats, audio codecs, and more

Step 1Be reminded that you can get the program from the official website. Once you open the Anyrec Screen recorder on your Windows and Mac, it will install a virtual audio card to your Mac for recording internal audio files on Mac. After that, you can capture and remix the audio files from different sources.

Step 2Choose the Audio Recorder option and enable both the Microphone option and the System Sound option to capture and mix audio files on Mac. Click the Gear icon to choose the Output tab. After that, you choose desired audio format, audio quality, and more other settings before recording.

Step 3Once everything is ready, you can click the red REC button on the right side of the application to start your recording audio on Mac. When you want to save the audio that is being recorded. Just click again the red Stop button and save your file on your device. Don’t forget to rename the output audio file. 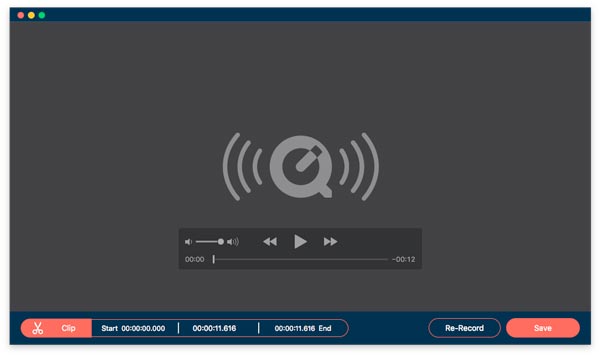 Part 2: How to Record Internal Audio with Soundflower+QuickTime

QuickTime is the built-in screen recording feature to capture screen video, microphone audio, and more others on Mac. But when you need to capture the internal audio files, you have to install the Soundflower addon beforehand. Just learn more about how to record audio on a Mac using Quicktime+Soundflower as below.

Step 1Search for Soundflower 1.6.6 from the Internet and download the DMG file. Run the Soundflower package installer by double-clicking. After that, you can go to the System Preferences menu, choose the Sound option to find the new device Soundflower 2ch in the Output folder

Step 2Open the QuickTime Player on your Mac and press the File menu. Locate the New recording option to capture audio files on Mac. There is a popup window for audio recording when you click the option. Click the down arrow symbol and set the input or your mic to Soundflower (2ch).

Step 3Once everything is set, go to your audio player and play the music/sound that you want to record. Just press the red Record button that you will see on the screen. After you have recorded the audio file on Mac as your requirement. Just press again the same button to stop and save the recording to your device. Have questions about QuickTime screen recording, here are your solutions. 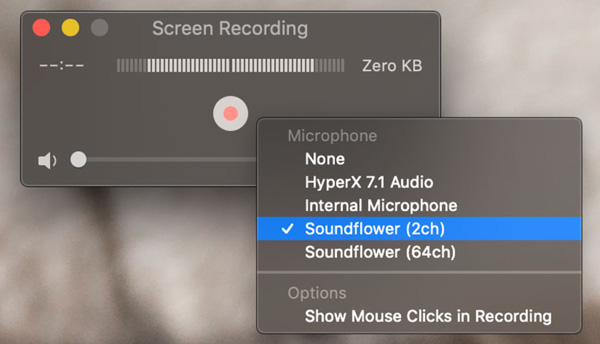 Part 3: How to Capture Audio Files from Microphone via Voice Memo

If you just need to capture microphone voice, Voice Memo is one of the best choices to record audio on Mac. It allows you to save your recorded conversations and anything that has to do with voices. It supports a built-in or external microphone from your headset. So, to know how to record audio with headphones on mac, you might want to try these steps and guidelines in the recording.

Step 1Open the Voice Memo program on your Mac. Go to the File menu and choose the Start Recording option. After that, you can start your recording microphone session on your Mac. However, there is an easier way to record, just by clicking the Red Button on the app to start the recording.

Step 2Another good thing about this app is that it authorizes the user to Pause and play the recording. This is a good tool because the users can stop every time they forget what they are about to say. Then, they can resume the recording in their phase and if they are ready again.

Step 3When you are done recording, just click the Done button that is located on the right side of the screen. After that, you can change the name of your recorded audio and further edit your recorded audio file. Voice memos allow you to replace the parts of the audio that you want to be changed. You can trim and delete parts also. 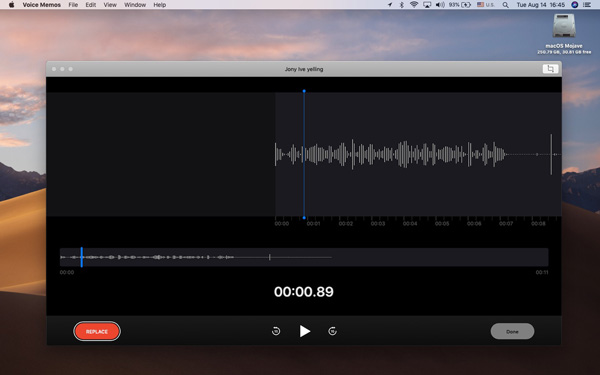 Part 4: FAQs about How to Record an Audio File on Mac

Now that you are given the easy-to-follow steps on recording audio files on Mac. We hope that these given guidelines and pieces of information helped you with your problems, such as recording audio files from Google Slides. These steps were gathered to provide knowledge to Mac users on how they can optimize the use of their devices. So, why not try these steps? Why not use the apps given above? Maybe this will be the answer to your long stress of looking for an audio recorder. Try them now and give us updates about your experience.