Mozilla Firefox, like Google Chrome, is a widely used web browser around the world. Firefox screen and audio recorder extensions allow users to quickly record a portion of a web page, an entire web page, or a specific region. You can use these helpful add-ons for business, projects, work, or personal purposes. However, you need to choose from Firefox various screen and audio recorders that offer a wide range of features.

For your convenience, this post prepared a list of the top 8 screen and audio recorders for Firefox browsers that you should consider utilizing in 2022. This post will also give you the best screen recorder that you can download on your desktop for easy recording.

This section will give you the seven different Firefox screen and audio recorders that you can use to record your seminars, meetings, tutorials, gameplay, and video chats. They are tried and tested for your convenience.

Fireshot is a fantastic Firefox screen and audio recorder extension that allows users to quickly take various screenshots and record the screen in the highest quality possible. Furthermore, Users can use Fireshot to capture entire web page screenshots. Screenshots can be saved as pictures or PDF links. You can also copy Fireshot screenshots to the clipboard.

It requests too many permissions.

Nimbus Screen Capture is a fantastic Firefox screen and audio recorder extension that allows users to capture a whole web page, particular parts, the entire browser window, and more. Additionally, you can modify and save photographs quickly and easily if you use it to take screenshots. 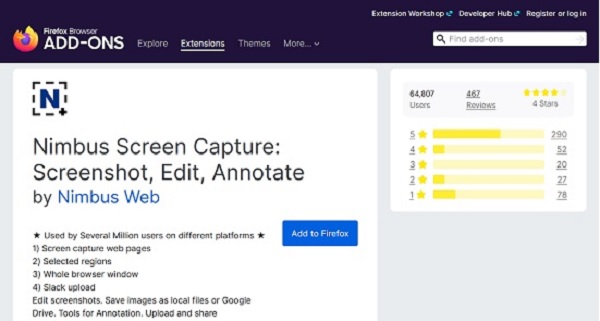 Enhance your screenshots with annotations and editing tools.

Multiple pages can be recorded at the same time.

Occasionally, the screen selection and scrolling features do not operate. 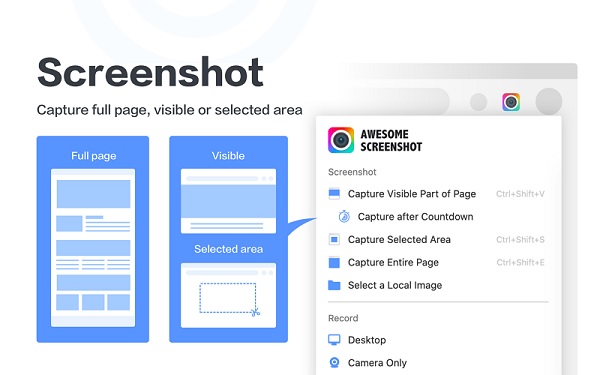 Record Firefox screen with audio and webcam with this program.

Recordings/captures can be annotated and resized.

It might not work with the most recent Firefox upgrade.

The free edition is limited to 5 minutes of recording time.

Screen Recorder by Bernard is another screen and audio recorder for Firefox to let you capture the screen. It is a powerful screen recorder add-on for Firefox, with multiple screen areas, audio sources, and video quality options. You can use this tool to record any screen, tab, or window you want. It will also save your recordings in WEBM format to the download URL.

The options for video, audio, and quality are helpful.

You can customize the recording area if needed.

Currently, grabbing audio is not possible in this Firefox recorder.

Screen recorder by Alexey Kuznetsov is a straightforward tool that captures the active screen. You can even screencast from the developer's Google Drive folder. Moreover, this Firefox screen and audio recorder can store your recorded video to your Google Drive. 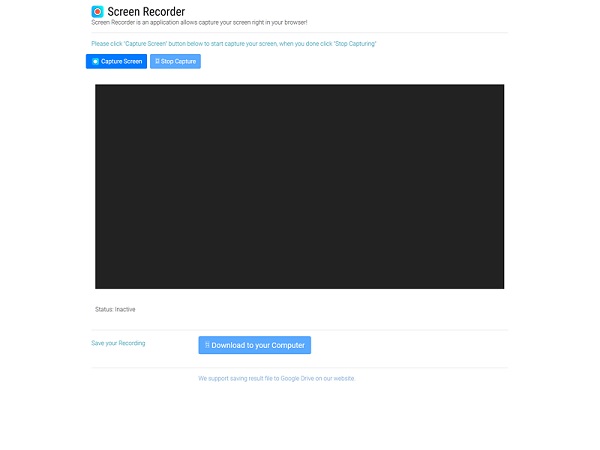 It comes with an easy-to-use interface.

Recordings can be saved to a local drive or Google Drive.

There are no advanced options to modify the quality.

Instill makes it easier than ever to create educational videos. You can use this extension to record your screen and make notable films that clearly and entertainingly inform. This Firefox screen and audio recorder extension allows you to create animations and videos. As a result, you can swiftly share important information with your team via videos. 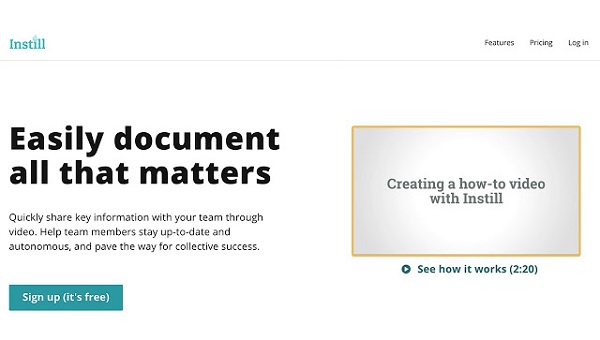 In just a few steps, you can record a video in Firefox.

You can add text, an image, an element, and a video.

Its user interface may cause users to become perplexed.

Screensync Screenshot & Screen Recorder by Nitro4real allows you to capture and share your screen easily. With this Firefox screen and audio recorder, you can designate a specific area of your screen to be recorded. This is helpful since it lets you concentrate on the activity, which is vital while performing particular tasks in your browser. 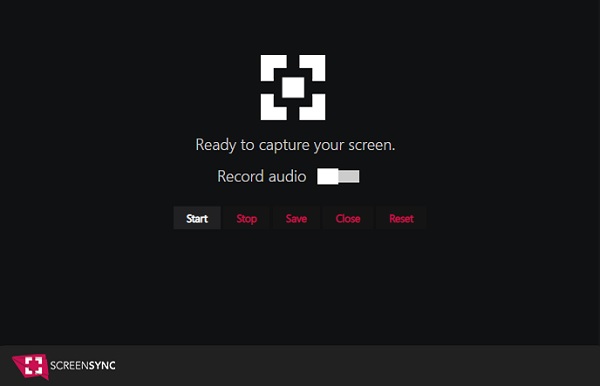 Record a screencast, edit it, and save it to the cloud.

Capture screenshots, as well as video and audio.

It's not a well-known add-on.

Aside from the Firefox screen and audio recorder extensions mentioned above, you can also utilize a desktop screen recorder. The best one you should have on your Windows/Mac is AnyRec Screen Recorder. Unlike the other extensions, this tool allows you to adjust the format, quality, location, and other settings of your recorded video depending on your preference. So download this powerful app now on your Windows or Mac to record on Firefox.

Record Firefox screen with audio and webcam according to your need.

With a scheduled recording feature that automatically records screens.

Capture your screen with the full-screen or a customizable region size.

Step 1Download and install the AnyRec Screen Recorder for Windows or Mac. Then select the Video Recorder option on the main interface to record screen with audio on Firefox.

Step 3Now, you may press the REC button to begin recording your screen. Then press the Stop button when you're finished.

Step 4You are almost done! In the preview screen, you can clip the extra parts of the Firefox recordings. To save your recorded files to your device, click the Save button.

This article has given you the top eight best Firefox screen and audio recorders to summarize this discussion. For a more capable screen recorder and video editor, we prefer AnyRec Screen Recorder. It enables you to record Firefox screen with audio and webcam easily. Have a try on it now!