How to take a partial screenshot on my HTC One M9? I pressed the home and power buttons but only get a full-screen screenshots. I just want to capture the conversation without my ID.

Do you have the same question mentioned above? Are you struggling and tired looking at your phone with how to take HTC screenshots? Worry no more! In this post, we will help you take HTC screenshots with full-screen, selected regions, and the scrolling mode, especially when you needed to save some important information or messages. And so, sit back and relax. Capture the important matters on your HTC screen and save your time by reading this post.

Step 1First and foremost, put the screen where you would like to take an HTC screenshot.

Step 2After that, tap and hold the Power button and wait until your phone vibrates. Then, tap the Home button.

Step 3You can go to Gallery find your HTC screenshot. 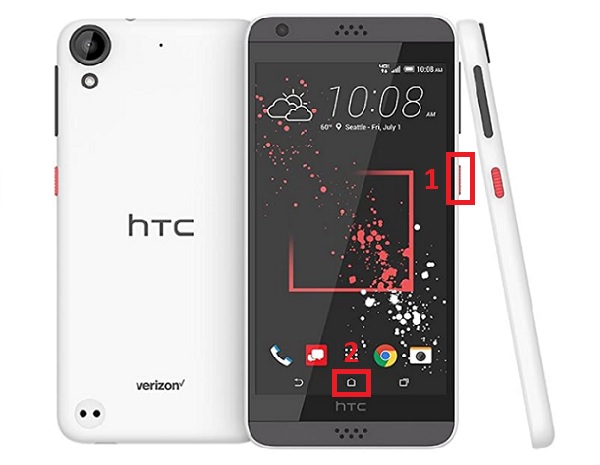 To take a screenshot on the HTC U11 and older models, simply press and hold the Power and Volume down buttons at the same time.

If there is unnecessary info on the screen and you only want to capture the particular area that you want, you can capture HTC screenshots with desired parts by following the steps below.

Step 1Repeat the given procedures on how to take a full-screen capture on HTC that is written above.

Step 2After that, tap the Partial button at the bottom of the screen. Then just move and drag the corners or sides of the screenshot to crop it.

Step 3Next, tap the Done button. If you want to, you can edit the screenshot.

Step 4Finally, tap the Share or Save button to export the HTC screenshot. 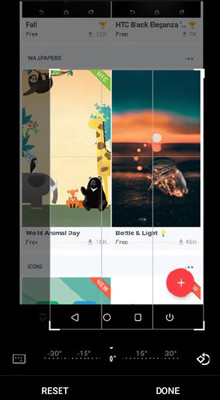 If the document, message, photo, info, and more are too long and full-screen capture is not enough, you can take scrolling screenshots on HTC to include the missing part of the screen. Follow the procedures below.

Step 1 First, repeat the procedures on how to take a full-screen capture that is written in part 1.

Step 2Next, tap the Scroll button at the bottom of the screenshot preview and keep touching it until your scrolling screenshot is complete.

Step 3After that, you can tap the Edit button to apply some effects to the screenshot.

Step 4And last, to save the scrolling screenshot on your HTC phone, tap the Save or Share button.

If you can't seem to find the Scroll button, you have to find and download HTC Screen Capture Tool from Google Play in advance. 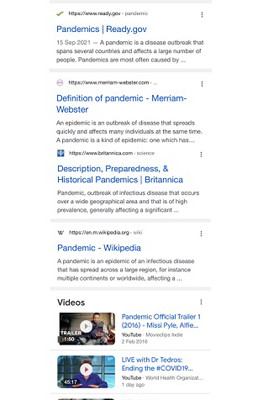 Part 2: The Ultimate Guide to Take HTC Screenshots on Windows/Mac

For the easy spreading of your data on your HTC phone, you can take HTC screenshots on your Windows or Mac device. And if you want an easier way, we provided the best tool to help you. Download AnyRec Screen Recorder on your device and take screenshots effortlessly. You can choose to customize the area of the screen you want to capture or take the full-screen of it. Take HTC screenshots on your Windows and Mac using AnyRec Screen Recorder and rely on the steps below to know how-to.

Add real-time drawings such as arrows, lines, texts, etc. on your HTC screenshots.

Hotkeys to take HTC screenshots easily at any time.

Step 1After downloading AnyRec Screen Recorder, open it and its interface will appear on your screen. Then mirror your HTC mobile to the computer via a USB cable. Among the icons, click the Snapshot icon. This will enable you to take a screenshot on your HTC phone.

Step 2When the window appears on your screen, your mouse moves as the cursor. To confirm the screenshot, simply move your mouse to the window and left-click it. It also allows you to grab a rectangle screen by clicking and dragging your left mouse. In this way, you can easily capture the partial screenshots.

Step 3After you are done taking the HTC screenshot, you may use the editing tools to add a watermark, symbol, line, and more to the image. Additionally, you can change the colors and fonts if you want to. 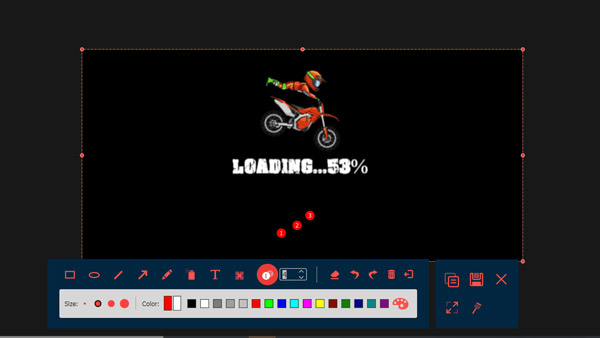 The methods listed above are the most convenient ways for taking HTC screenshots. With the powerful built-in screen capture on HTC phones, you can easily capture the full-screen or scrolling HTC screenshots. To record your HTC screenshots on Windows/Mac, you can free download AnyRec Screen Recorder. If you still have some questions in mind, you can directly contact us.