Is there a quick way to take a video screenshot on computers as you do on phones? Sure, there is. After acquiring the right methods, you can capture any moment on your desktop while playing a video as quickly as possible. Just quickly browse through the following methods and you will know how to screenshot videos on both Mac and Windows. Whether it is a slipping moment in your movie or the detail on a video, you can capture it all with the best method as well as the default ways.

Just like what you do on mobile phones to take a video screenshot, you can also use the shortcut keys and press your keyboard to take a screenshot of the video on your computer. There are built-in screenshot features on both Windows and Mac that enable you to capture the screen while watching the video. And the following content will let you know more about how to screenshot a video with these default features.

All you need to do is to click Start on your desktop and then search for Snipping Tool to open it. Moreover, on Windows 11, the Snipping Tool app is pinned in the Windows Menu. Next, you can click the Mode button to choose a snipping mode. To take a video screenshot, you can choose the Free-form Snip or Rectangular Snip and use the crosshair to hover over the video to capture. Then, your screenshot will show on the Snipping Tool windows for you to annotate. Or you can use Snipping tool shortcuts to take Windows 11/10 screenshots. 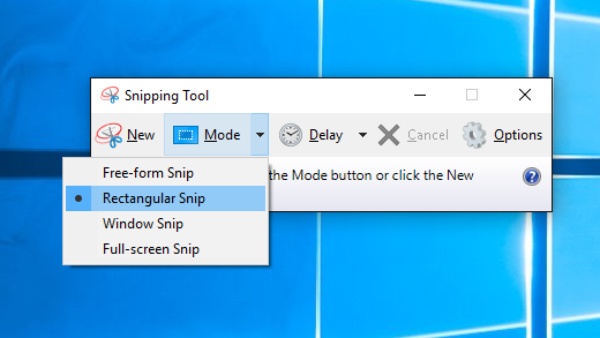 For Windows 10 and 11 users, you can use the key combination (Windows, Shift, and S) to quickly launch the Screenshot mode. You may check the following chart to know more about this mode and other quick shortcuts of how to screengrab a video. 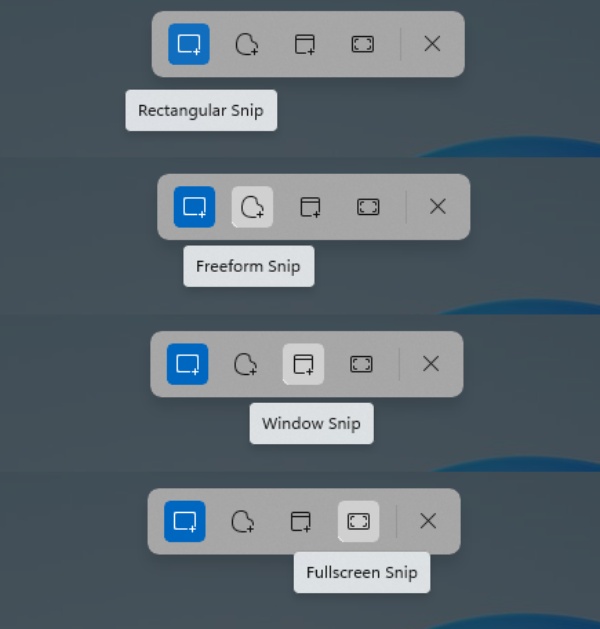 If you use the first key combination to take a video screenshot, then the picture will be attached to your clipboard, and you can press Ctrl and V keys to paste it to a document to any drawing app. For the second key combination, the screenshot will be stored in the Screenshots folder of the Pictures folder on your computer.

On a MacBook, you also have two ways to take a video screenshot either by opening the Screenshot app or using shortcuts. You can press Shift, Command, and 5 keys to open Screenshot. Then, a toolbar will show up and you can choose a mode to capture the moment in your video. Furthermore, you can also record your video with the toolbar, but this method does not allow you to record internal audio on Mac.

For a quicker screenshot of your video, you can use the shortcut keys below to activate the screenshot on your Mac. If you want to take a video screenshot with only your video in it, you can then use the second combination to capture.

Part 2: How to Screenshot Videos and Make Notes [Windows & Mac]

The above-mentioned methods can be quick when you get familiar with the operations, but you can also take a video screenshot quickly without learning so many different solutions. You just need a one-stop solution, AnyRec Screen Recorder, installed on your device. Then, whether you want to capture a video or a video clip, you can easily do it by pressing a few keys on your keyboard and there will be no watermark on your screenshots. Meanwhile, unlike default screenshot shortcuts that are fixed, you can change the key combinations in this screen recorder for screenshots or recordings anytime you want.

Blur private messages on your screenshots.

Make annotations on your video screenshots.

Fix the screenshot on your screen to check anytime.

Step 1 Once you download and install the recorder on your computer, you need to launch it and click the SnapShot button. However, on Mac, you can access the Screen Capture directly. Then, a crosshair will appear on your screen.

Step 3 Now, there will be a toolbar around your screenshot. You can paint your screenshot, draw marks on it, or blur certain areas on it. Or even type the text as the annotation to share. Then, you can either click Copy to move it to your clipboard or click Save to save it to your device.

When you try to capture a certain moment on a video that is playing, the above-discussed solutions are the quickest ones to solve your issue. Then default screenshot shortcuts and Snipping Tool can help you screenshot a video while watching a video quickly. But if you want to get more annotations and customization features, AnyRec Screen Recorder is worth trying. Now, you can take a video screenshot on your desktop as quickly as possible, and the best thing is that none of these methods contain watermarks.